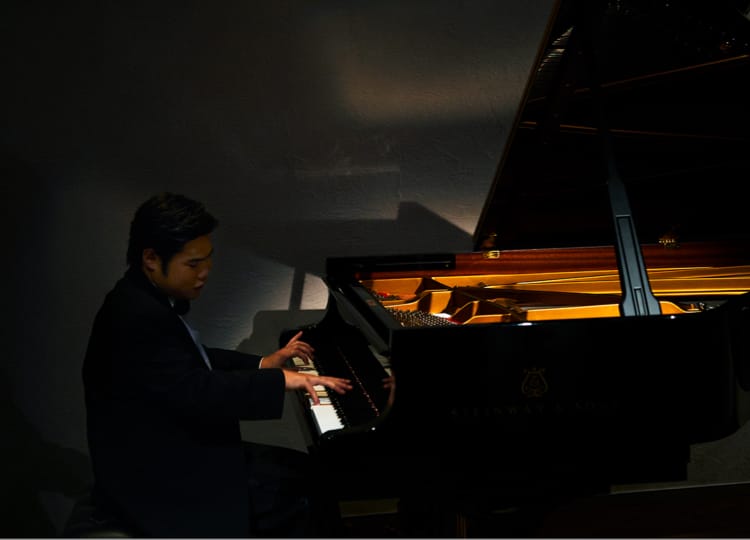 Vibration as Connection.
Enjoying What is Only Possible Then and There

It was on a day at the very brink of the new year that Nobuyuki Tsujii showed up for his interview, in a meeting room in Tokyo. Tsujii's debut album, “début,” had been released in 2007 when he was only 19 years old, and sold 280,000 copies—a number virtually unheard of in classical music. In 2009, he had become the first Japanese person to win the Van Cliburn International Piano Competition. So it may come as no surprise that he is now a world-famous pianist, flying about the globe for his recitals. Tsujii, however, also has microphthalmia, and has been blind since birth. How does he feel music, and what is his approach to playing the piano?
The interviewer was Sachiko Nakajima, who as a jazz pianist and mathematician has quite the unusual background. As Nakajima asked her questions, often from various different perspectives, Tsujii rocked his body gently side to side, as if to keep rhythm, and unspooled his thoughts, slowly and purposefully. 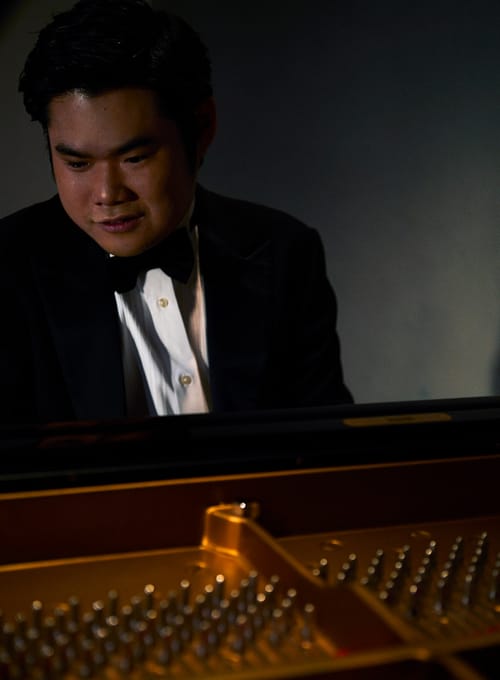 Born in 1988 in Tokyo. Debuted at 10 years old in a performance with an orchestra. In 2005, became the youngest person ever to compete in the International Chopin Piano Competition, and won the Encouragement Prize. Released his debut album, “début,” in 2007. In 2009, became the first Japanese person to win the Van Cliburn International Piano Competition. Currently actively involved in various musical efforts, including composition and recitals both inside and outside of Japan.

Born in 1979. Became involved with piano and composition in childhood. In 1996, became the first Japanese woman to win a gold medal in the International Mathematical Olympiad in India. Began playing music while studying mathematics at the University of Tokyo. Currently engaged in musical efforts as a jazz pianist, while also conducting workshops and lectures as a mathematical researcher. Author of Math Listened from Music (Kodansha) and more.