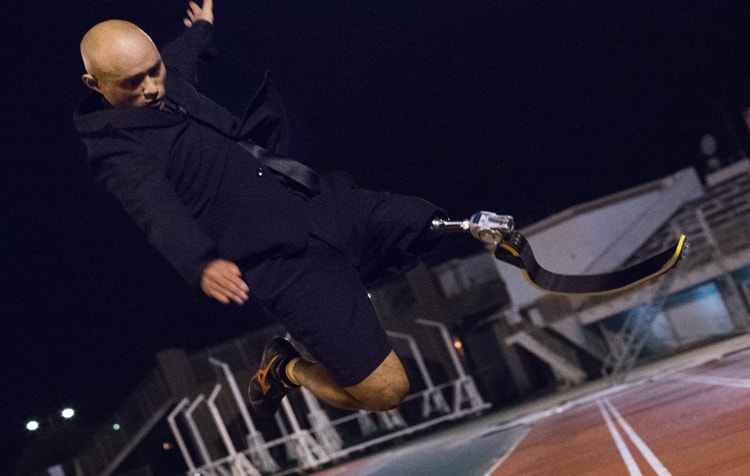 A Jumper Beyond Borders
New records must continually be marked in order to arouse discussion.

There is no one in the world of Para sports who does not know the name Atsushi Yamamoto. Ever since winning the silver medal at the Beijing 2008 Paralympic Games, he has continually showed brilliant performances at numerous international competitions. Today, even at age 35, Yamamoto consistently maintains top-level performance as an active Para athlete. After I heard that he was going to be launching a new challenge this year, I visited Osaka, where he told me about his philosophy toward sport competition—in which he has been in the forefront for many years—as well as his thoughts on the current state of Para sports.in Japan. 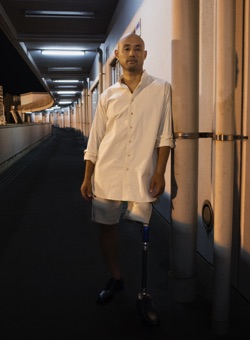 Born in 1982 in Shizuoka Prefecture, Japan, Atsushi Yamamoto is a long jump and sprint athlete competing in the T42 classification. His left leg was amputated above the knee at age 17 following a motorcycle accident. Yamamoto entered the world of Para athletics while aiming to become a prosthetist after graduating from high school. At the Beijing 2008 Paralympic Games, he became the first Japanese leg-amputee athlete to win a silver medal in the long jump. He won the gold medal at the 2013 IPC Athletics World Championships. At the Rio 2016 Paralympic Games, he won a silver medal in the men’s long jump T42, and a bronze medal in men’s 4 x 100m T42-47. Yamamoto began his career as a professional athlete in October 2017 and is now aiming to represent Japan in the PyeongChang 2018 Paralympics Winter Games in Para snowboard.