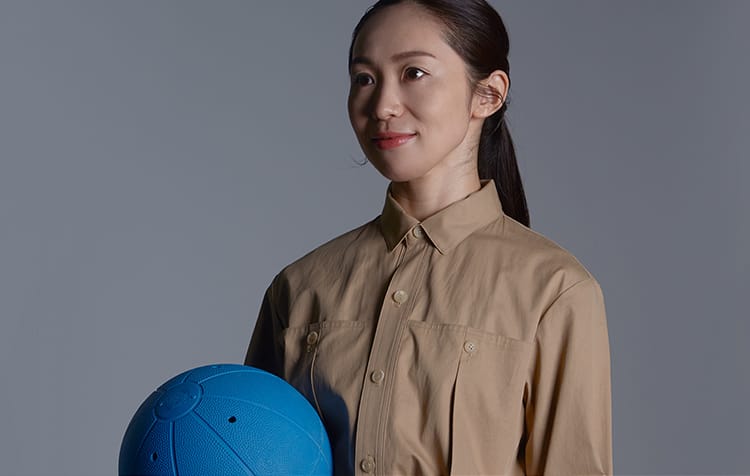 Seeing Without Seeing
What I've Learned from Goalball

Goalball. Just from the name, would you be able to figure out what kind of sport it is? Six people on the court, three on each side, throwing balls towards a goal nine meters wide. It sounds, on the surface, like a simple sport. That is, until you hear that all players on the court have to wear what are called “eyeshades,” a kind of eye mask that obscures your vision completely. The only thing they can rely on to “see” is the sound of the bell inside of the weighted balls. The players have to work in the darkness, getting as much information as they can from the atmosphere around them and the sounds echoing through the venue, to protect their own goal and infiltrate their opponent's.
Rie Urata, part of the Japan national team for women's goalball, was captain when the team won Japan's first ever gold medal for a team event at the London 2012 Paralympics. We asked Urata, the central figure in Japan's world-level goalball defense, about the beauty and depth of goalball. 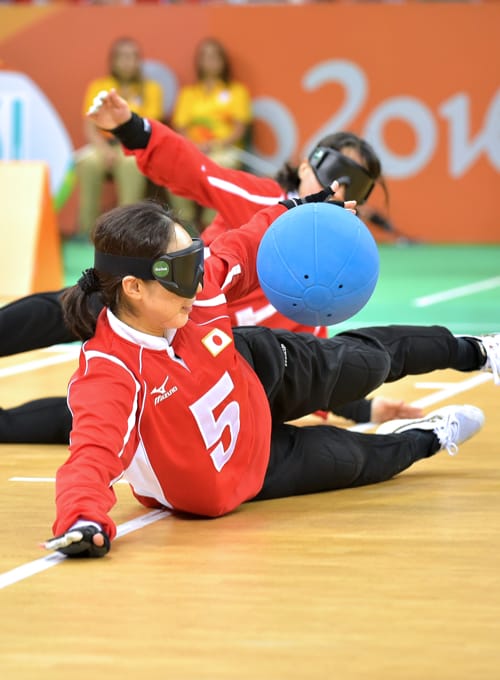 Born in 1977 in Kumamoto Prefecture. Candidate for the Japan national women's goalball team. Center position. At 20 years old, lost sight in both of her eyes due to retinitis pigmentosa. Though she was depressed for a while from the shock, she soon discovered goalball and developed a passion for the sport. In 2008, only three years after she started the sport, she competed in her first Paralympics in Beijing in 2008, then won a gold medal at the London 2012 Paralympics. Came in 5th at the Rio 2016 Paralympics. Acts as a kind of guardian angel for the sport. Served as captain of the Japan national team until 2016.