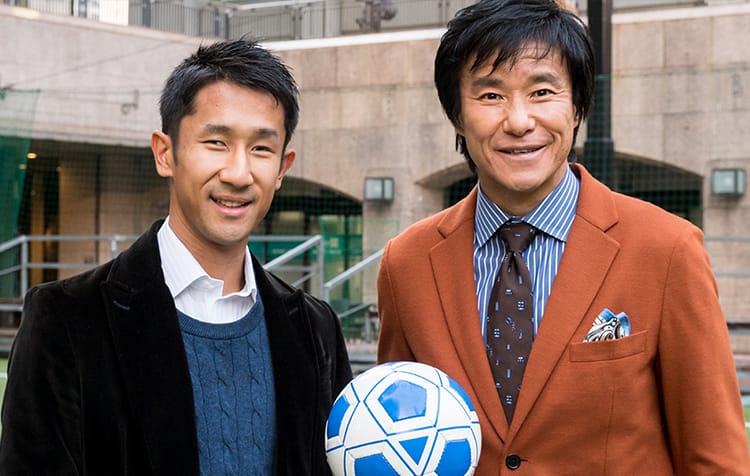 The Japan Team and Blind Football: A Discussion Between Two Stars
What the Team Can Do Now to Prepare for the World Stage

Imagine—you stand on the artificial turf of the football field, an eye mask obscuring your vision. You listen in, hard, and hear sounds all around you. The goalkeeper's voice from behind. The coach yelling from the sidelines, a team mate—known as a guide—calling out from the front of the field. The football ball, which contains metal granules, making hollow-sounding noises as it rolls on the ground. And when you start dribbling, the sound of the people on the opposing team yelling “voy!” as they come to take the ball away from you.
Blind football is a sport governed by sound. Players hone their sense of hearing, take their positions, make passes, and shoot goals. The Japan national team's immediate goal is to win a medal at the Tokyo Paralympics. A difficult feat, perhaps, considering they are currently ranked 9th in the world (as of February 2019). Nevertheless, they are working towards greater heights, in a way distinct to Japan. And not only that—they have Ryo Kawamura, the star and captain of the team, known for his precise spatial awareness and the surefire skill and speed with which he approaches his offense.
His childhood idol was Masashi Nakayama of “Gon Goals” fame, he too a star on the Japan national football team. All this makes this conversation between the two of them—two people who have made decisions at the highest level of their sport, and who have held their own on the world stage—truly special. 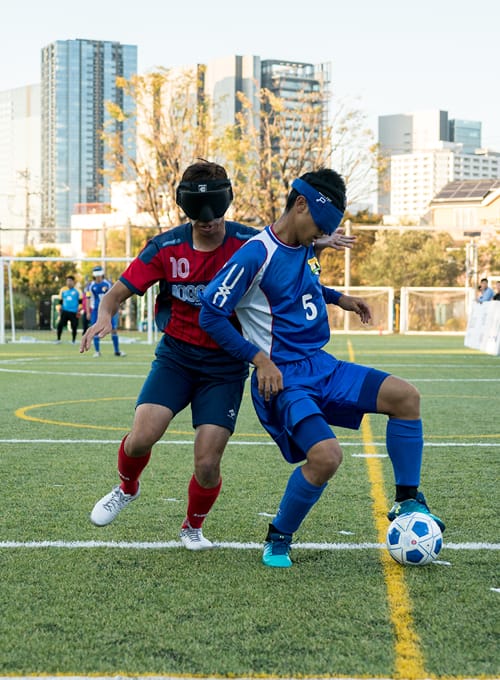 Born in 1989 in Osaka City. Member of Avanzare Tsukuba. When he was five years old, his vision declined due to uveitis. Played football in elementary school, and track & field in middle and high school. Began playing blind football after entering the Tsukuba University of Technology. Was selected for the Japan national team in 2013, the same year he was diagnosed with blindness, and immediately scored a goal against Brazil. Has served as captain of the Japan national team since 2016.

Born in 1967 in Fujieda City, Shizuoka Prefecture. Went to Fujieda Higashi High School and the University of Tsukuba before becoming a member of Yamaha Motor (currently Júbilo Iwata) in 1990. Considered one of Japan's best strikers, having made a total of 157 goals, scored hat-tricks 4 games in a row, and more in the J1 League. Was the first Japanese person to score a goal at the World Cup. Currently a member of Azul Claro Numazu in the J3 League. Now also works as a football commentator.