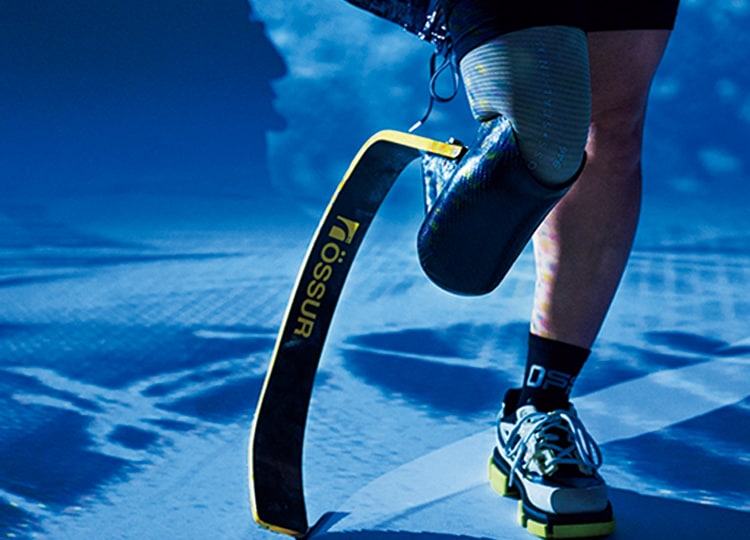 Throughout her athletics career, Maya Nakanishi has constantly been faced with challenging headwinds. Barely a year into her career as an athletics athlete, she participated in the Beijing 2008 Paralympic Games. As a rising star of the Japanese para athletics community, she shouldered their high expectations for her future. Later, she relocated to the US on her own at a time when it was still unusual for para-athletes to base themselves and their training overseas. Most people did not understand her decision to train under a foreign coach. She was also beset by financial troubles. Nevertheless, she made it to London 2012 and Rio 2016. However, despite her determined personality, she was unable to leave a mark at either Games. She considered retiring many times, but each time found herself unwilling to give up on athletics. In 2019, she finally won her first, much-coveted gold medal at the World Para Athletics Championships. Then last year, at 35 years old, she set a new Asian record. Unconquerable—there’s no better way to describe Nakanishi. Still, her journey isn’t over yet. When she first started athletics, she vowed to reach 6.0m. That mark is now within reach. 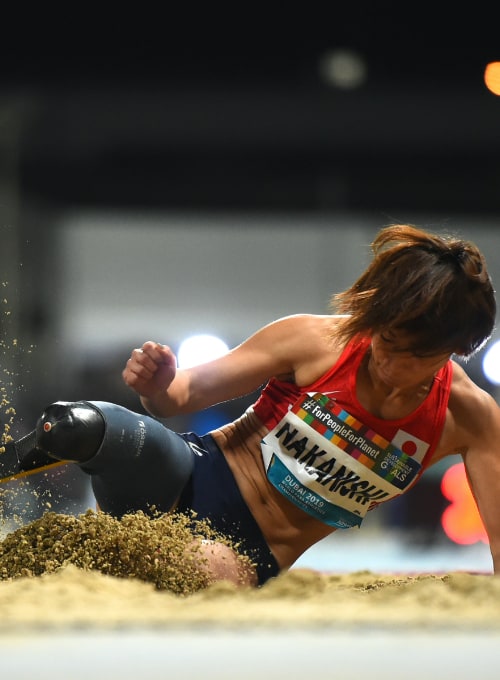 Born in 1985. Nakanishi competes in the athletics long jump event, in the T64 classification(single lower limb prosthetic). As a student growing up in Oita Prefecture, she devoted her days to playing soft tennis. When she was 21 years old, she was involved in a work-related accident and had to amputate her right leg. Since she had been running as part of her soft tennis training, she decided to try para athletics. The first time she competed in the Japan Para Athletics Championships, she broke the Japanese records in the 100m and 200m races at the time. At 23 years old, she competed in two events at Beijing 2008. She went on to compete consecutively in the subsequent Paralympic Games: London 2012(long jump) and Rio 2016(long jump and 100m). In 2019, she won her first gold medal at the World Para Athletics Championships in Dubai, which earned her a place on the Japanese delegation to Tokyo 2020. In September 2020, she set a new Asian record of 5.70m at the Japan Para Athletics Championships, raising expectations to see her reach 6.0m. She is a member of Hankyu Travel International Co., Ltd.