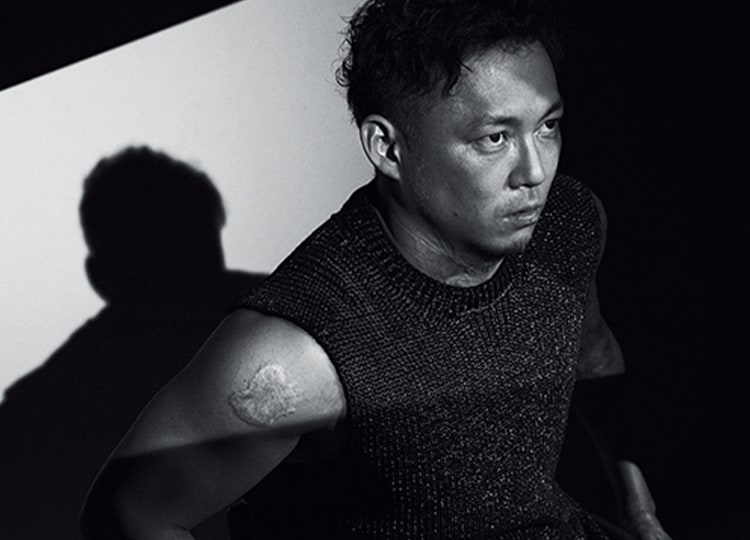 A Captain Doesn’t Need to Be Great:
The World Captured by 12 Very Different People

Players tackling each other with their full weight. Falling. Being slammed violently against the floor. Dull crashes reverberating through the gymnasium every few seconds. In contrast to the ominous nickname “murderball” by which wheelchair rugby formerly went, Yukinobu Ike was a man with an almost anticlimactically mild demeanor and a gentle, unequivocal way of speaking backed by a solid career and self-confidence. He is the captain of Japan’s national wheelchair rugby team. They dominated the GIO 2018 IWRF Wheelchair Rugby World Championship, and the global pandemic hit just as prospects were looking good for 2020. In this interview, conducted right before the Tokyo 2020 Paralympic Games, the mature veteran reflects on the COVID-19 pandemic, leadership theory, and life in the United States. He also discusses the thoughts he would like to share as a father with his sons, who are pushing forward toward their own dreams. 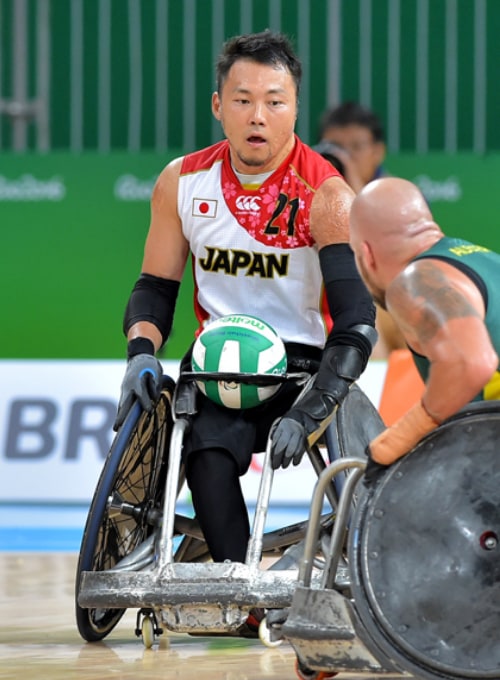 Yukinobu Ike was born in Kochi Prefecture in 1980. He is Class 3.0 in wheelchair rugby. He began playing basketball when he was in junior high school, but at the age of 19, he was involved in a traffic accident that severed his left leg. He also suffered burns to more than 70 percent of his body and lost sensation in his left hand. In 2012, he switched from wheelchair basketball to wheelchair rugby. He has served as the captain of Japan’s national wheelchair rugby team since 2014, leading them to win their first-ever bronze medal at the Rio 2016 Paralympic Games. In 2018, the team won their first world championship. From October 2019 to the following April, Ike played as a member of the USA Wheelchair Rugby Team in Birmingham, Alabama. His goal for Tokyo 2020 is to win gold in his second consecutive Paralympic Games as captain. He belongs to the Nikko Asset Management team.